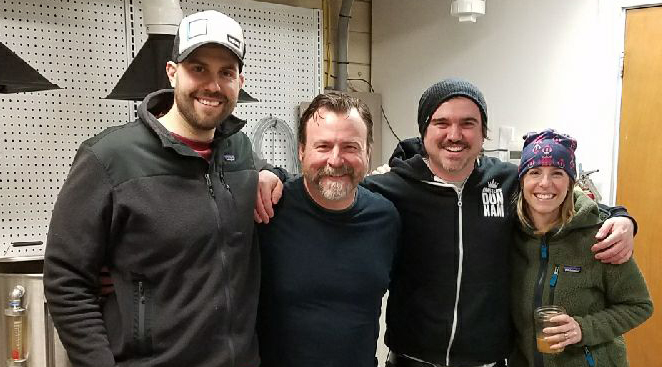 Collaborative Brewing was started by four friends from the Mad River Valley who all shared the same dream.  In 2015, head brewer Brett Seymour, won the Make the Cut Homebrew Challenge with a Schwarzbier called Salute Your Schwarz.  Four years later the dream is finally being realized.  In 2019 Collaborative Brewing launched with a 3.5-bbl brew house in Waitsfield, with the goal to bring a little variety to the taps, while working with other breweries, and people in the community they love.